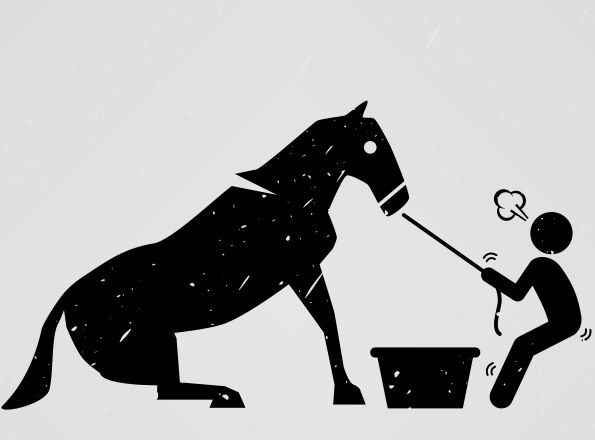 This article that I first posted on LinkedIn in 2015 explains:

It’s frustrating enough to find that you can take a horse to the water but can’t make it drink. It becomes doubly frustrating if you know that the horse is dehydrated and really needs to drink but, for some reason, the animal shows no interest in the water at all. Maybe it’s an inherent genetic shortcoming that prevents it from realizing it’s dehydrated, or maybe it’s just plain mulishness.

He went on to add: ” . . . your non-productive workforce (i.e. white-collar plus some hourly) is working at no more than 50 percent capacity every single day! And the waste is killing you! This finding should astound you, but probably won’t, precisely because the profligate squandering of white-collar time has been so pervasive in big companies for so long now that everybody’s just stopped noticing it. It’s simply been rationalized away and accepted as being the ‘nature of the beast’ —an inherently unavoidable cost of doing business in large organized structures.”

I have been unable to trace Mr. Shaw—it seems that the foregoing were his last words on the topic. It’s as if he’d given up on the horse that won’t drink.