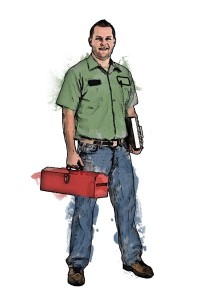 If ever a proverb applied to small business and alarm systems, it’s the one about the futility of shutting the stable door after the horse has bolted. To invoke another old expression, I wish I had a dollar for every time I heard about a small business calling an alarm technician for the first time the day after a burglary.

An alarm system is a necessity rather than a luxury unless, unlike most small businesses, your business is located in a crime-free area. Not only can it provide an immediate response to a break and enter, but also, merely having it is enough to discourage break and enter attempts.

I had alarms installed in both our branches and not once in more than twenty years did we have a break and enter, whereas neighbouring small businesses without alarm systems were burglarized a number of times.

Is an alarm enough at your location?

While an alarm alone was sufficient in the areas where my branches were located, it’s often necessary to supplement an alarm with other security measures. I have visited businesses in high-crime areas where alarms were just part of overall security systems that included iron bars over all accessible windows; steel doors; security gates over doors; steel shutters; barbed- and razor-wire fences; electrified fences; closed-circuit television cameras; and guard dogs. On a recent visit to South Africa, I saw attached to a gate a large photograph of an angry German shepherd with glaring eyes and exposed canines above a caption that read, “He can make it to the gate in three seconds. Can you?” In a burglar’s shoes I would be inclined to move on.