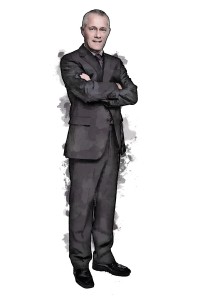 When the time comes to negotiate or renew a lease, not all landlords will approach it with the take-it-or-leave-it attitude Graham and Andrea experienced. Much depends upon circumstances such as prevailing vacancy rates in the area and the general economic outlook, among a host of other influencing factors.

I was about to sit down to negotiate the renewal of our main office lease with Jim, the property manager of the building. I’d heard that the landlord was aiming for an increase I considered to be higher than market value, and certainly higher than I anticipated accepting.

A lease negotiation can be like a game of poker, with each party trying to guess at the other’s cards before showing its own. I had minimised the guessing by advanced knowledge of the proposed rent increase. I also knew we were regarded as a desirable tenant and guessed that Jim wouldn’t want to add to the existing unleased bays in the complex.

About ten minutes before he was due to arrive for the meeting, I had an idea that, in retrospect, and in all modesty, was not only fun but a stroke of genius. I found a manila folder and filled it with an assortment of colourful brochures, price lists, and sundry promotional material we had lying about the office. I then wrote “PREMISES SEARCH” on the cover of the folder in black marker pen and placed it on the far end of the meeting room table, where it was out of reach but close enough for the title to be read.

By the end of the meeting during which Jim darted furtive glances at the manila folder, we had agreed on a very modest rent increase in line with what I regarded as fair. In addition, he agreed to my request for new carpeting at no charge. Amusing, stroke of genius, or manipulative, call it what you will—the manila folder of assorted screen printing pamphlets did its job.