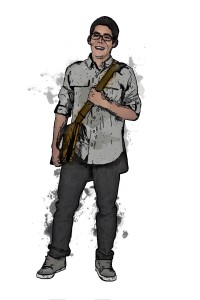 Your small business will generally have access to one of three computer technician resources, depending where you’re located—there may be exceptions in some countries and small towns. The choice lies between sole practitioners, companies consisting of a staff of technicians (most are small, with ten or fewer staff), and nationwide franchises with multiple offices, marked cars, and logo-embroidered golf shirts.

Being able to communicate technical matters in plain language is also a welcome attribute in your computer technician. Tim was one such technician whose expertise we were fortunate to have for a few years. He had a knack for explaining complex technical issues in plain English. When we were switching our operating system from MS-DOS to Windows, programs operating on the old and the new operating systems clashed and caused each other to malfunction.

Instead of the usual techno-talk about bits, bytes, and binary numbers, Tim likened the clashing of programs to the two of us trying to leave the room by the same doorway at the same time—neither of us would be able to move. In the context of what we were experiencing, his comparison helped us understand the issue better. And sure enough, once all programs were operating on Windows, everyone came and went through the doorway in an orderly fashion, one at a time, and without further clashes.

A few years later, another technician demonstrated a similar ability to explain technical matters in plain English—perhaps plainer than I had bargained for. We were making a major upgrade to a program on the server, and it had come down to one final press of a button. Neil, the technician in question, had spent a number of hours getting us to that point and, as he stood poised for that final press, he wanted me to understand that, once done, there was no reversing the process: “You know that we can’t cram the shit back in the horse?”

In addition to being a plain speaker, Neil was also a very competent technician and it turned out that there was no need to cause the horse any discomfort.